Sidney Schlachman was a founding partner of Schlachman, Belsky, Weiner & Davey, P.A. Sidney practiced with the firm from its inception in 1972 until he passed away at the age of 91 on January 26, 2018.

Sidney was widely known as a consummate professional and as such, was well-respected and liked by his family, friends, peers and clients. Sidney was born on August 14, 1927. After serving in the Army, Sidney attended law school at night at the University of Baltimore School of Law and worked at a clothing store during the day to support his family. He obtained his law degree in 1951.

In 1964, Sidney incorporated the first Fraternal Order of Police in Baltimore city, followed by incorporating the state FOP. He went on to represent 25 unions. Sidney practiced before the Workers’ Compensation Commission, handling cases for police officers, General Motors employees and many others during his career. He practiced in all the district and circuit courts in the State, and appeared before the United States Supreme Court in his early career.

Sidney was survived by his loving wife of 65 years, Miriam, and children Barbara, Risa, and David, and six grandchildren. Sidney was a man of faith and family.

Sidney was the ultimate gentleman both professionally and personally, and he will be remembered for his kindness, sense of humor and smile. 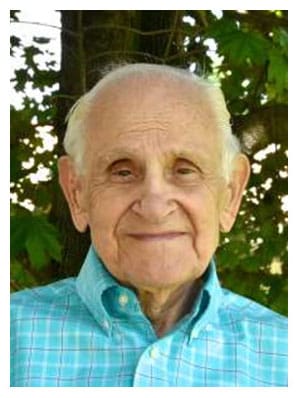